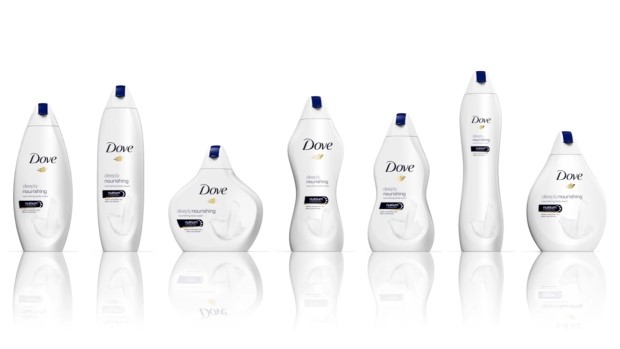 Over the past few days, we are witnessing a herd of online voices denouncing the Dove bottle advertisement.

But, is it really a slip-up as these voices claim it to be? Has “Dove run out of ideas”? Do others feel the same way?

With a view to understanding how it was intended to work, let us go back a little, and reflect on the ad’s mechanisms.

Central to the ad’s creativity, is the manner the Dove bottle symbolizes the feminine body, in shape and size.

The bottles are well designed; if not sexy, they are at least pleasing to look at. As such, they do not deride nor shame consumers. On the contrary, they celebrate the diversity in the feminine shape and size.

According to brand’s team: “Just like women, we wanted to show that our iconic bottle can come in all shapes and sizes.”

Yet, despite these good intentions, the ad is triggering a wave of negative thoughts and feelings. This may partly be due to the dissonance caused as it breaks away from the relatively solemn and heartfelt tone and pattern of previous advertisements. In the minds of consumers, the current ad comes across as an aberration from the personality that is etched in their minds.

The Dove theme, though, has not changed. As in the past, the brand continues to celebrate real beauty, in all forms, not merely shapes and sizes.

This connection between the past and the present is not always as clear in the average consumers’ minds, as it is in the advertiser’s mind. If consumers do not vividly remember Dove’s previous award winning campaigns that celebrated natural beauty, the current ad is less likely to evoke the response that the advertiser had intended.

The herd factor is at play. What some voices have to say about an ad, such as this one, has an influence on how others view the ad. Like misinformation these voices spread. Consumers comments, opinions, rants become viral yielding substantial gains or, as for the Dove bottle ad, causing considerable angst for the brand owners.

This saga also demonstrates the shift in power from the brand owner to the consumers. Consumers’ voices become an extension of the brand’s communication, and in cyberspace, they can easily overshadowed the original message intended in the advertisement.

As of now, the bottle ad has generated considerable buzz; consumers are noticing it, and thinking and commenting about it.

While it is going to be an uphill task for the Dove team to sway sentiments for the ad, there is a huge opportunity too.

Previous Dove ads are among the most viewed online video ads ever. Consumers, once more, are engaged; giving the brand the opportunity to be heard.

A winning response may not come in the form of the defense of the current ad, but, perhaps, in terms of linking it back to the emotional pivot that defines Dove.

That, mind you, is more easily said than done.

Note: To find content on MarketingMind type the acronym ‘MM’ followed by your query into the search bar. For example, if you enter ‘mm consumer analytics’ into Chrome’s search bar, relevant pages from MarketingMind will appear in Google’s result pages.

In an analytics-driven business environment, this analytics-centred consumer marketing workshop is tailored to the needs of consumer analysts, marketing researchers, brand managers, category managers and seasoned marketing and retailing professionals.

What they SHOULD TEACH at Business Schools

Is marketing education fluffy too?